Police dogs perform many different roles during their time in service. Meet some of our retired dogs below and read about their unique skills. 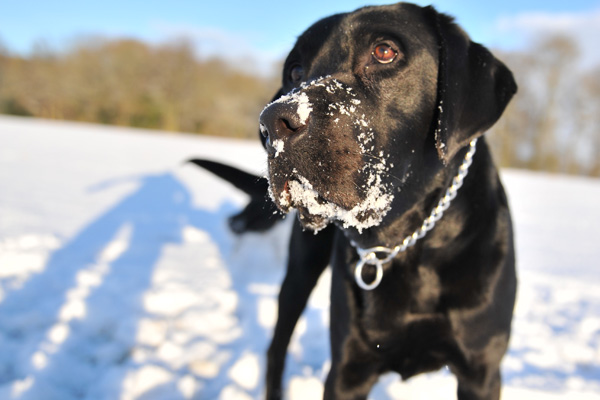 Passive narcotics dogs are trained to scan the air around people and indicate persons carrying narcotics in public, which may be of particular use in policing the night-time economy.  These searches can be directed for example in an airport, train station or festival arena. RPD Wilf was a failed Guide Dog that the Police offered a new career to at which he excelled.  RPD Wilf retired from service aged 7 and is enjoying retirement at home with his now retired handler and family. 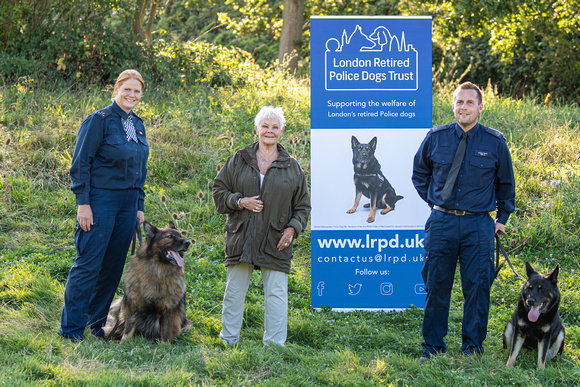 The London Retired Police Dogs Trust is proud to have the support of Dame Judi Dench as our Patron. In her words ‘I fully appreciate the work our police dogs do in keeping us safe, especially in these troubled times.  As a dog lover myself, I think it is so important that their courage and bravery is rewarded, and they can enjoy a happy and contented retirement. And that is why I fully support the London Retired Police Dogs Trust in the good work they are doing to make this happen!’ DJD 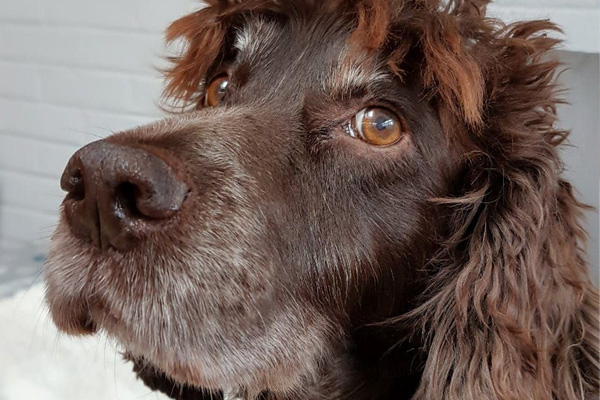 Explosive detection dogs are trained to detect numerous types of explosive substances and are in constant demand for high profile premises and events in support of police search teams.  RPD Sandy retired aged 8 years after a full and varied career as an explosives search dog policing the Olympics and many other high profile events. RPD Sandy was taken on by a loving family in his retirement and as this example shows the charity will be able to help any person with the responsibility of caring for a retired police dog. 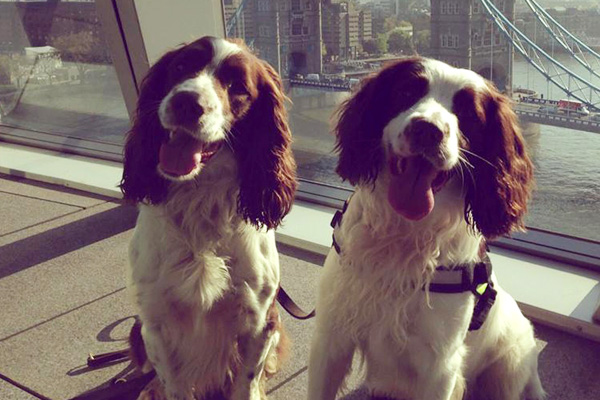 RPD Billy lives with RPD Chester at home with their handler, which highlights one of the many times handlers can be responsible for more than one retired dog at any one time, this increases the financial demand and pressure in giving the medical treatment deserved to the retired dogs.  The charity will be a vital asset in assisting handlers and owners with the financial burden of taking on the responsibility of a retired police dog. Both are enjoying their retirement and race for the best spot in front of the fire! 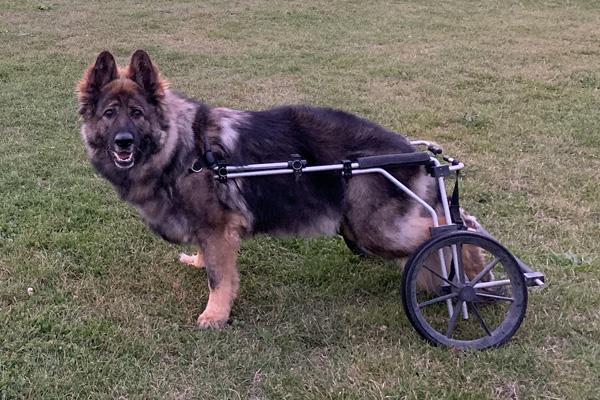 RPD Bradie was a strong and hardworking police dog. She was personally selected to undertake a Trojan Firearms support training, becoming 1 of 12 dogs in London where her skills could be utilised in a more dangerous environment supporting her armed colleagues. Sadly, RPD Bradie retired early at the age of 6 and a half years old due to her health deteriorating rapidly meaning she would no longer be able to complete her duties safely. She was diagnosed with Degenerative Myelopathy and has lost full use of her back legs. Thanks to the help of her wheels which were custom made and donated to her, she is still able to enjoy a comfortable life with her handler. 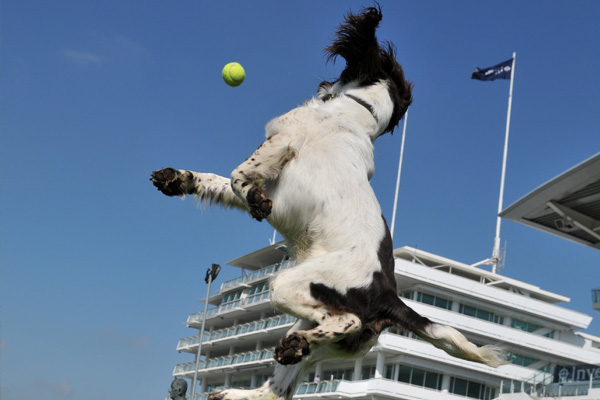 Proactive narcotics dogs are trained to search premises, cars and open areas for all narcotic types, firearms, component parts, ammunition as well as cash. RPD Turbo had a long and distinguished career with many drugs busts and firearms finds to his name. He retired from service in 2017 and is still with his handler who has 2 other retired police dogs. 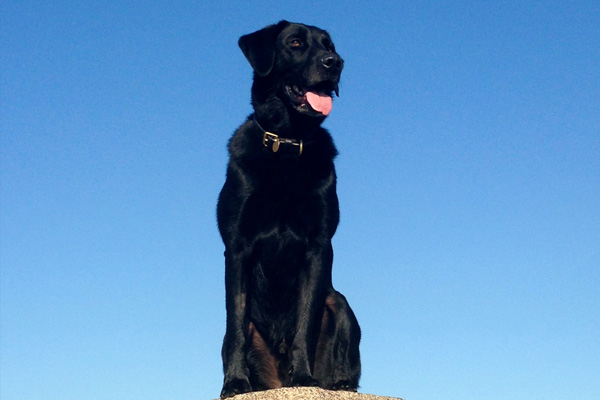 RPD Rocco worked a varied career as an explosives search dog, policing the Olympics, Commonwealth Games in Glasgow, G8 in Wales as well as his usual searches at airports, diplomatic and royal premises.  RPD Rocco’s highlight was being airlifted by the army in a Merlin helicopter to assist with an emergency search.  RPD Rocco was medically retired at the early age of 5 due to arthritis.  He now enjoys retirement at home with his handler and has pain management medication and hydrotherapy to help him remain comfortable and live a happy life. 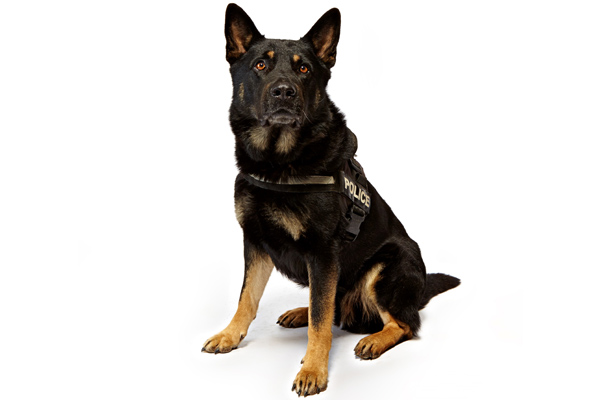 RPD Obi, General Purpose, Public Order and Trojan Support Dog – Recipient of the first PDSA Order of Merit award for devotion and bravery in the line of duty

RPD Obi suffered a fractured skull during the London riots in 2011. Although a serious injury, Obi was able to return to work and received many accolades and awards for his devotion and bravery in the line of his duty. RPD Obi worked until he was 8 years old and enjoys his retirement at home with his handler. 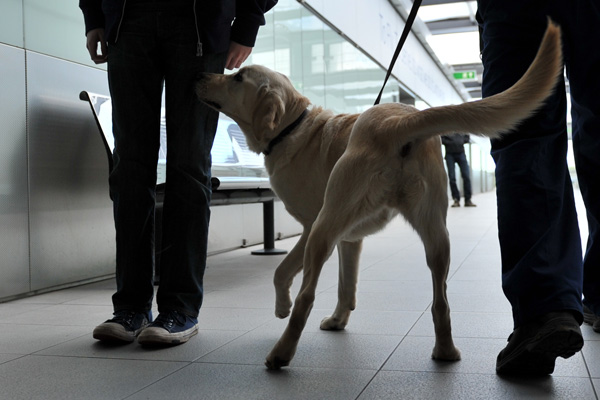 RPD Alfie enjoyed a successful career pointing out those in possession of drugs to his handler for them to be dealt with. RPD Alfie proved there is no bias and no stereotyping involved in what he was capable of, he simply relied on his highly trained nose. RPD Alfie retired aged 5 to a friend of the family where he is enjoying the change of scenery and the local beaches. 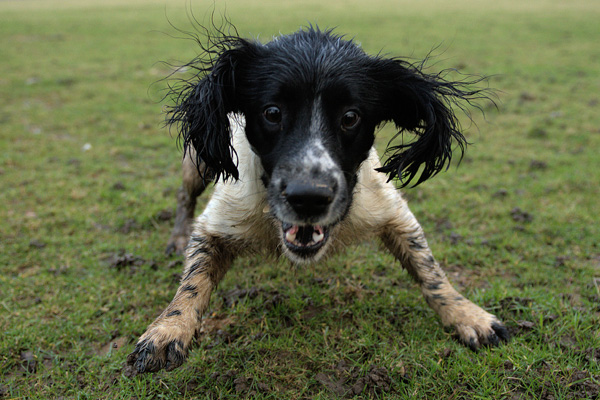 RPD Murphy retired after 7 years supporting the Dog Support Unit as a Proactive Search Dog. He was instrumental in the recovery of huge quantities of cash and drugs off the streets of London.  RPD Murphy lives at home with his handler and family and is enjoying his retirement with his paws up! 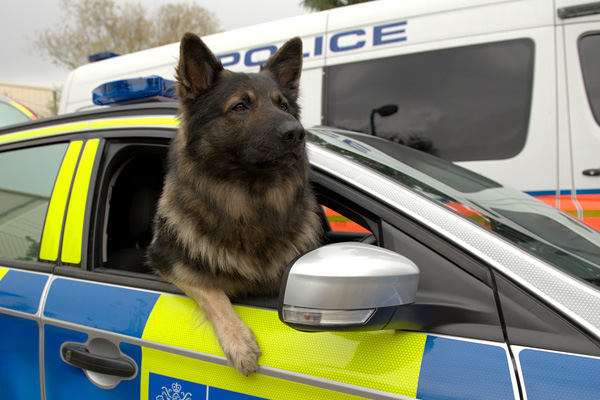 RPD Prince loved his role as a General Purpose dog and worked tirelessly searching for and bringing the bad guys! RPD Prince read each situation for what it was and as well as completing his general purpose role he was often utilised at family days where children could learn and interact with a working police dog due to his calm and patient temperament.  RPD Prince retired age 7 to his handler and family. 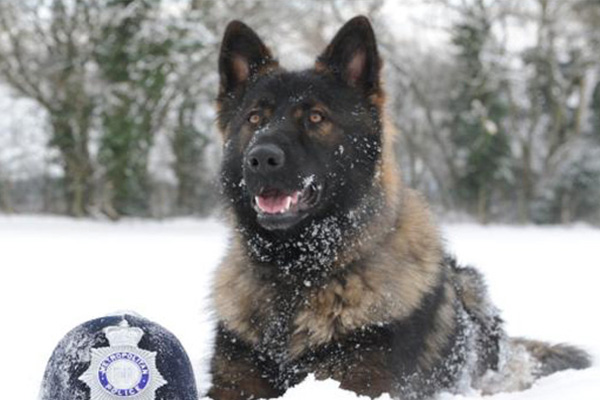 Trojan support trained dogs are deployed to assist armed response officers 24/7 in London. Our dogs work alongside firearms teams in searching for suspects and detaining armed criminals.  RPD Seve retired this year aged 8 ½ after many years of supporting his handler. Awarded a commendation from the Commissioner for bravery, RPD Seve now lives at home with his handler and family and is adjusting to his retired life well.